The Red Cross is extremely experienced with social media, having been an avid and active user for years now, so when a rogue tweet went out from its Twitter account at nearly midnight last night, the organization was not caught flat-footed. The Tweet, from Mashable: 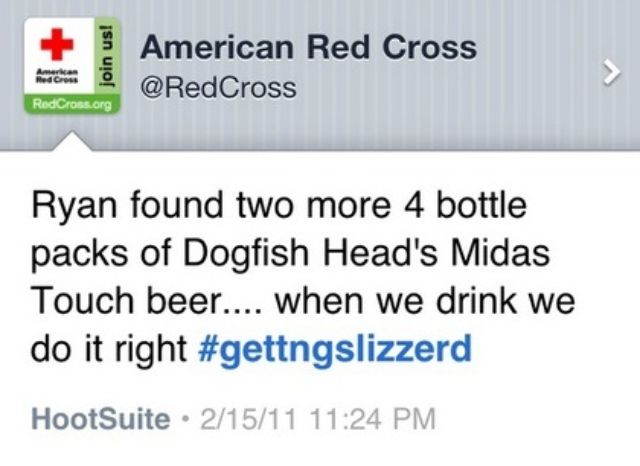 According to the Mashable article, the tweet remained online for just one hour before Wendy Harman, the Red Cross’ social media director, was woken and deleted the post.

While that was a good start, the social media savvy Red Cross took things a step further, issuing their own comforting and humorous response:

Because the situation was not dangerous or overly serious, the Red Cross’ answer was perfectly suited, basically saying, “no harm, no foul,” while at the same time acknowledging that something had happened and that it would be prevented in the future, an ideal crisis management response.